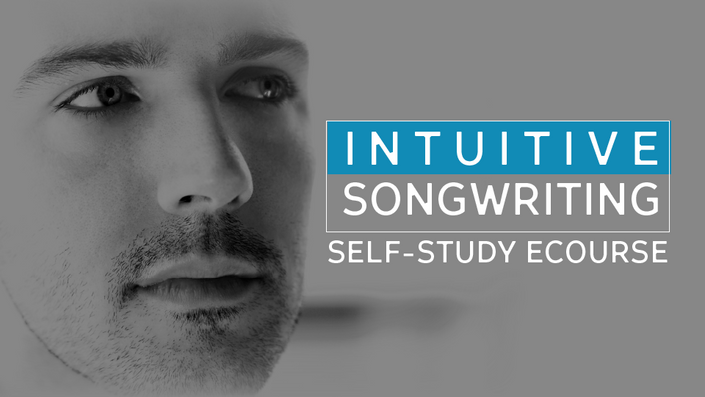 An intuitive approach to breakthrough songwriting with Gregory Douglass

The coupon code you entered is expired or invalid, but the course is still available! 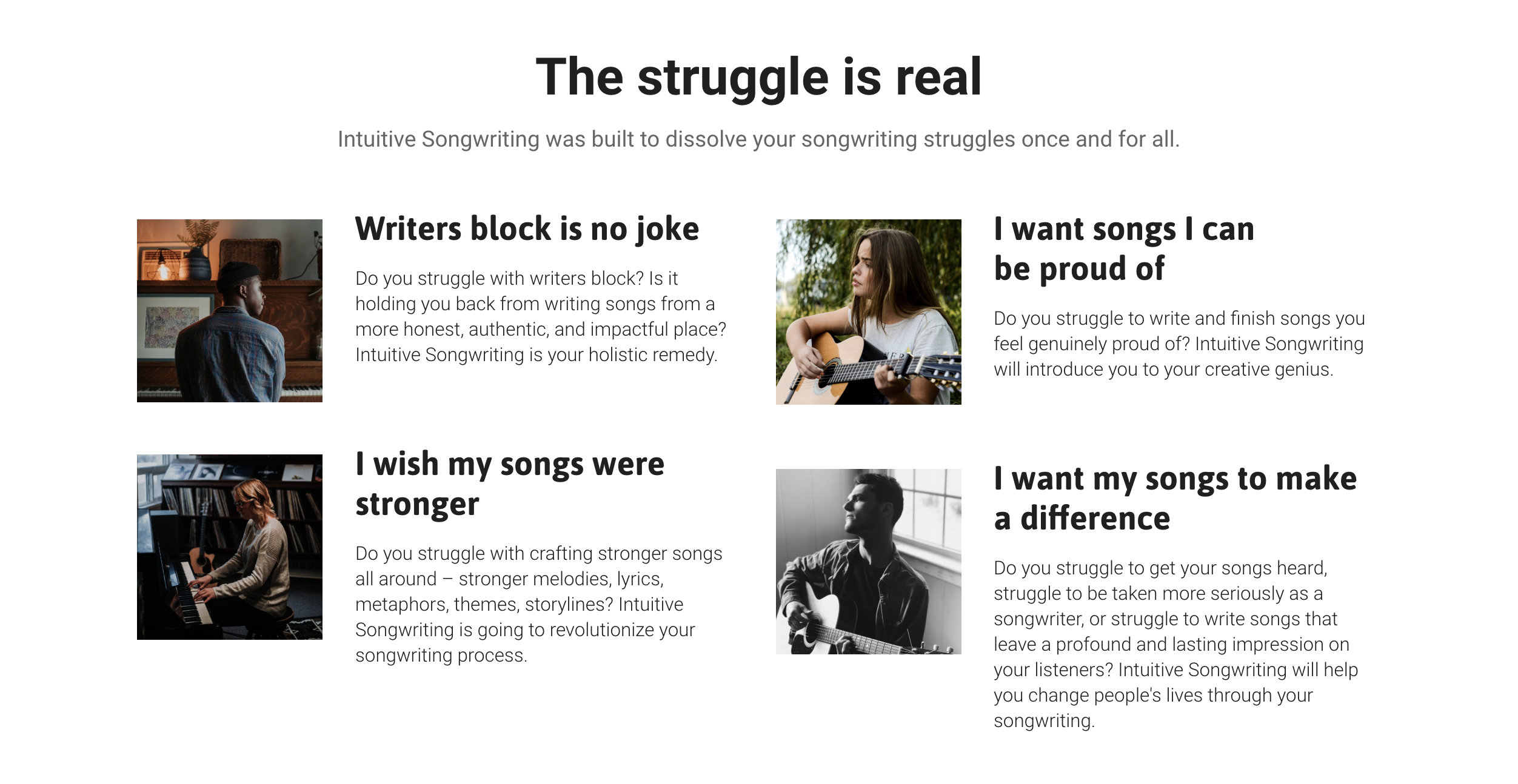 Why Intuitive Songwriting?
Because that’s where your creative genius lives.

Why Intuitive Songwriting? Because that’s where your creative genius lives. Forget everything that’s holding you back from becoming a brilliant songwriter. I promise you'll be creating your best work yet after our time together.

This Intuitive Songwriting e-Course will strengthen your intuition and evoke the creative genius within. Whether you're a seasoned songwriter struggling with writers block, or just getting started – I can’t wait to show you what you’re truly capable of as a songwriter. 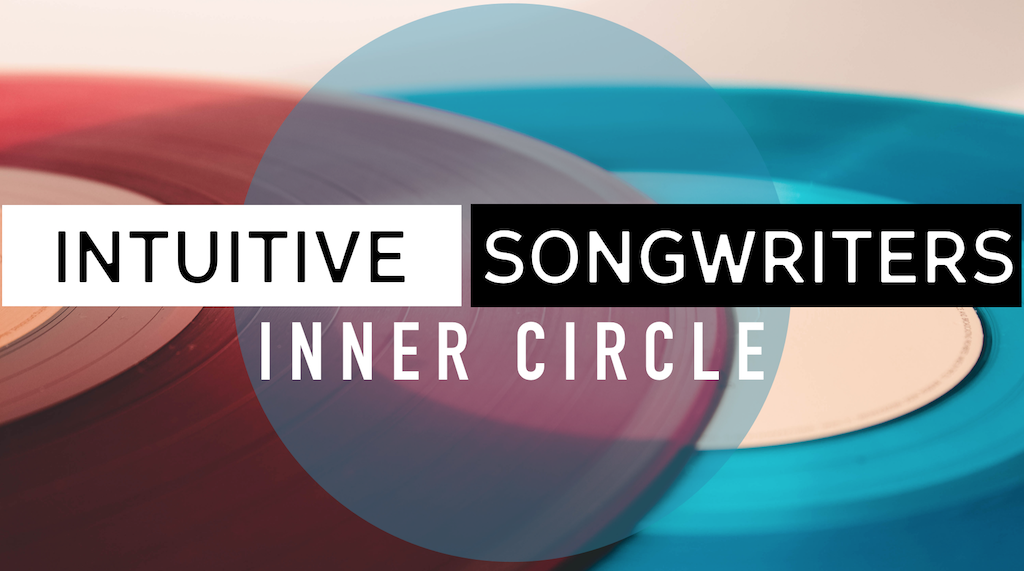 When you enroll in Intuitive Songwriting, you also become a member of the Intuitive Songwriters Inner Circle – an ongoing virtual group coaching with direct access to me (Gregory Douglass, The Creative Advisor) for songwriting and career development support.

ISIC also grants you access to an incredibly talented, inspiring, and supportive community of fellow songwriters of all levels and genres – who are all just as serious as you are to become the best songwriters they can be. The connections and friendships made through a community like this are priceless – the forever kind.

ISIC is currently the only way artists can work with me directly. It would cost hundreds of dollars an hour to work with someone like me one-on-one, so ISIC is my affordable solution to that. 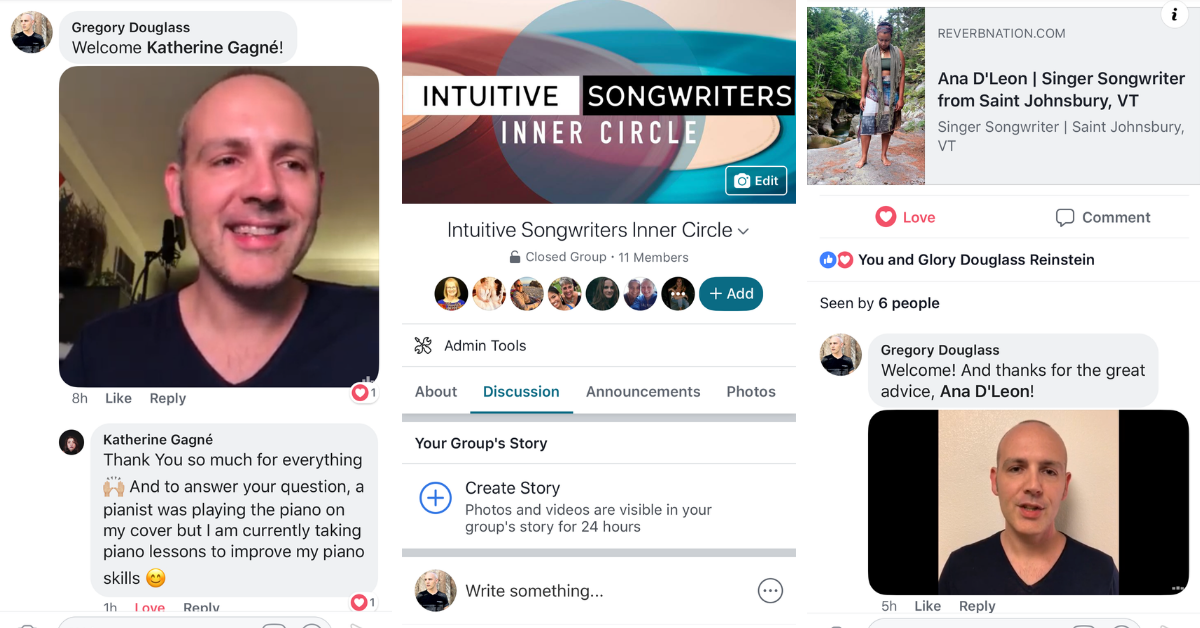 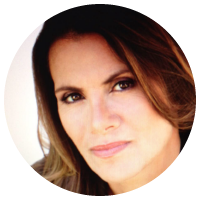 "You have restored my confidence in my own ability through your suggestions and your methods. To me, it’s much more than a songwriting course… It’s way beyond that." 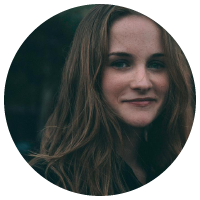 "I think that this course is very accessible for people who've never written a song before, and also people who've been writing their whole lives." 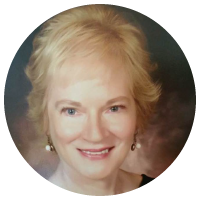 "As a veteran music educator, I was pleasantly surprised to find that Gregory Douglass' approach to Intuitive Songwriting was refreshing. His easy-going and positive nature fostered the confidence of the members of the class despite the varied backgrounds of each member. I highly recommend this online course to anyone who would like to begin songwriting or who just want to hone their skills as an already seasoned songwriter." 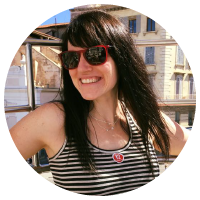 "Throughout this process, I'm finding that Intuitive Songwriting is really about getting our of your own way. I'm really grateful that you helped me do that." 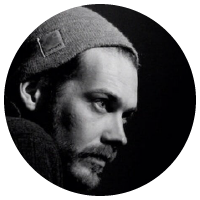 "You gave me some of the best songwriting advice of anyone when you told me to write in the style of one of my favorites and not to be concerned it will sound plagiarized, that I wouldn’t be able to help but make it my own. That was really helpful." 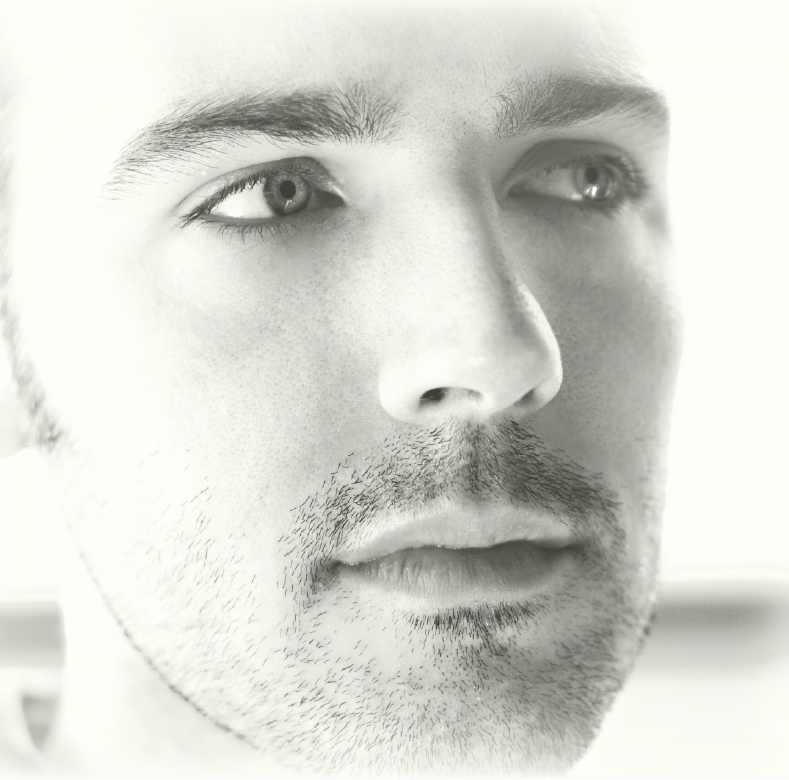 Gregory Douglass is an internationally renowned independent singer/songwriter and music industry expert with over a decade of experience as a full-time musician. His evocative pop sound blends “Rufus Wainwright’s opulent musicality and Justin Timberlake’s accessible soulfulness” (OUT Magazine), and NPR’s Morning Edition coined him “one of New England’s best-kept secrets.”

According to Pandora’s co-founder, Tim Westergren, Gregory is one of the top independent artists on Pandora radio today. With ten (10) studio albums independently released, his songs have reached millions of listeners digitally and his videos have amounted to over a million views on his YouTube channels.

Gregory’s song “Alibis” was featured on Netflix original series “The Rain” in 2018, which sparked a fast-growing international following of his music. He has shared the stage with artists including Jason Mraz, They Might Be Giants, Regina Spektor, Shawn Colvin, and The Weepies, among others. 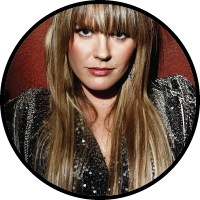 "Gregory taught me so much about being a musician." 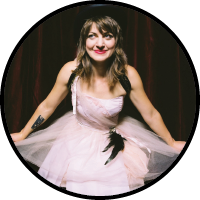 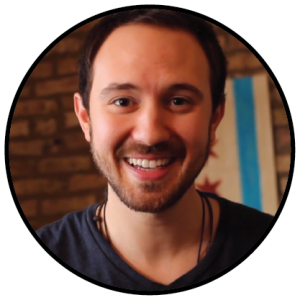 "This degree of success wouldn't of been possible without you... I've already directed multiple people to your site!" 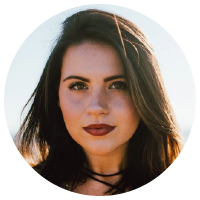 "I have never used ANY of the song-sparking tips that Gregory suggested. Writers tend to want to overcomplicate the process, but his methods are simple and I can't wait put them to use. Gregory is truly a wealth of information!

As an added bonus, you’ll get exclusive access to full-length interviews from The Creative Advisor as Gregory Douglass sits down with working musicians and music industry experts, talking in-depth about their own experiences. These interviews are packed full of experienced advice, career strategies, and life lessons from some of the hardest working artists and industry experts on the scene. Each interview is packed full of wisdom that you can’t put a price on, and you get lifetime access to this bonus library as an Intuitive Songwriting student! 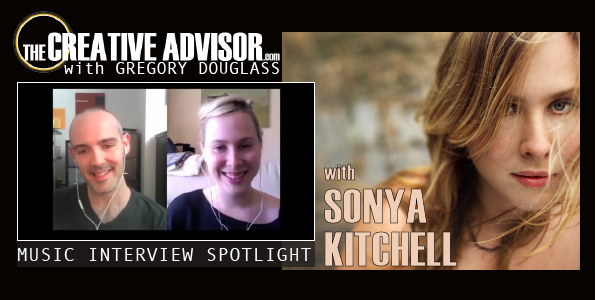 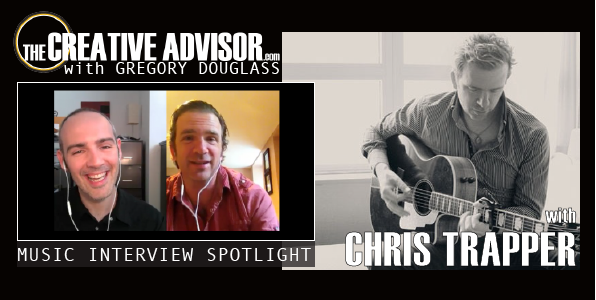 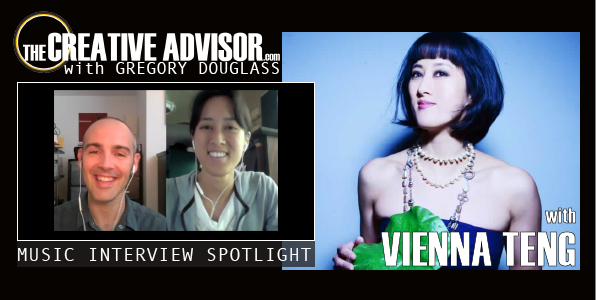 When does the course start and finish?
All lessons will be available as soon as you enroll and log in to the e-course portal, ready for you to saturate at your own pace and convenience!
How long do I have access to the course?
How does lifetime access sound? After enrolling, you will have lifetime access to all course materials – including all live group session video replays and bonus video interviews – across any and all devices you own!
What if I am unhappy with the course?
I would never want you to be unhappy! If you are unsatisfied with your purchase, contact me in the first 14 days and I will give you a full refund.
off original price!

The coupon code you entered is expired or invalid, but the course is still available!

Are you interested in taking the full or self-study version of Intuitive Songwriting eCourse, but have some more questions you’d like to ask first? Click here to schedule a free consultation call with Gregory. 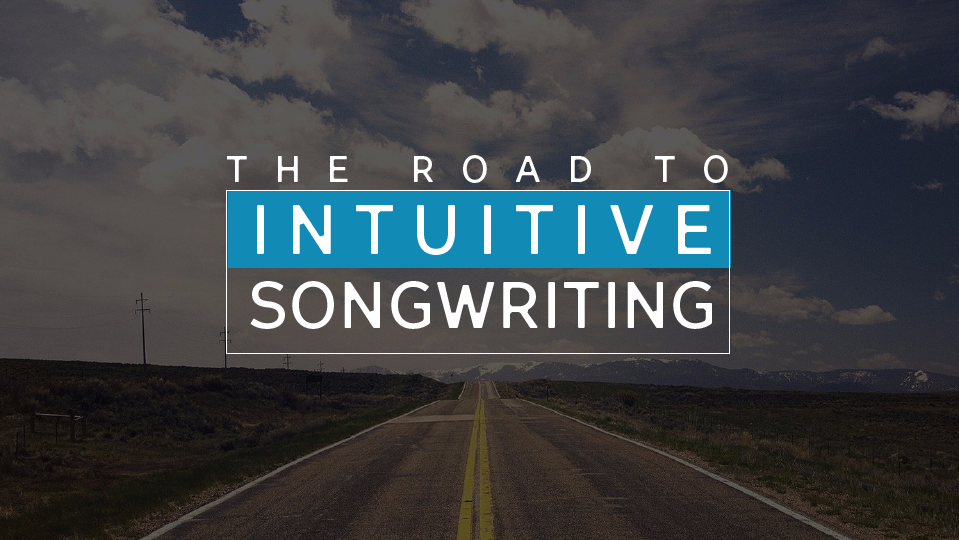 Get updates & VIP perks when you join the interest list...